The presence of 5 micron and greater particles in Cleanrooms and in particular ISO 5 UDAF environments has been a source of much discussion and contention over many decades.  Essentially the arguments have been over what is the significance and importance of the measurement of 5 micron particles as indicators of unwanted and adverse microbiological contamination, affecting product quality and ultimately patient safety.

In a nutshell this blog will bring out the subtle but importance differences between “Classification” and “Monitoring”. And hopefully this will give you the clarity and justification as to how not to get caught out by the law of unintended consequences, and follow good science from ISO/TC 209 and the ISO 14644 family of cleanroom standards, referred to in the new Annex 1.

The bottom line is the ISO/TC 209 based scientific guidance is that 5 micron particle size measurements should NOT be used for formal Classification at ISO 5.

WHY? because it does not comply with ISO 14644-1.  HOWEVER, we should not ignore the 5 micron particle size during classification. We should use the information in an appropriate way during a classification exercise, both At Rest and in Simulated Operations.

WHY? Because the 5 micron particle size is required for measurement and assessment during real-time Monitoring AND continuously for ISO 5 and Grade A.

Of even more importance is the “Law of Unintended consequences”!  In attempting to classify at 5 micron size and greater the danger is you get hooked on Clause 5.9 dealing with airborne particle counters, where the simplistic guidance is tube lengths should typically be less than 1m (unless justified) and the number of bends should be minimised.

So, if you choose to classify at 5 micron size channel size, then “This is the rock you perish upon”

WHY? because in ISO 5 UDAF environments (e.g. RABS and Isolators) it is not possible to meet Clause 5.9 in every respect, and at every sampling location.

There is a new TR (Technical Report) coming from ISO/TC 209 and expected in 2023, that gives best practice guidance on this subject and the correct application of ISO 14644-1 for classification when measuring larger particles, i.e. 5 microns and greater, and when monitoring applying ISO 14644-2.

Clause 5.9 does NOT take into account that at 0.5 micron measurements tube length and bends is less important than at 5 microns!  This brings us right back to notes d) and e) in Table 1 of ISO 124644-1:2015. During routine monitoring TRENDING is the most important consideration and therefore you have more wriggle room in terms of justification of longer tube lengths and more bends due to configuration challenges, than you have during Classification.

So, the above is the shorter version of the blog and challenges and dangers of trying to classify at the 5 micron particle size.

OK – now for the longer version, if we want to understand better the underlying issues involved.

We need to take a deeper dive into the detail and go back to the basics and the challenge of measuring microbiological contamination and assessing the risks in the cleanroom environment to product quality and ultimately patient safety..

This arises because we have the common use of laser airborne particle counters (LSAPC) that give real-time instantaneous results after 1 minute, but of the total number of particles, with NO discrimination between inert and microbiologically active particles or micro-organisms.  LSAPCs have been used for cleanroom classification for decades but have some limitations at larger particle sizes, when remotely used, e.g. in ISO 5 UDAF RABS and Isolator Life Science applications.

Until the advent of BFPCs (BioFluorescent Particle Counters) we relied on traditional indirect sampling based methods using CFUs (Colony Forming Units) rather than AFUs (Auto Fluorescing Units).  Unfortunately CFU based methods rely on growth and take multiples of days to show evidence of microbiological presence.  This is why microbiological contamination is commonly referred to as the “Unseen Enemy” or “Bad Bugs”.  In the absence of real-time viable particle counters conventional wisdom in Europe was look carefully at 5 micron and greater particle sizes as they reflected micro-organisms or microbe carrying particles (typically around the 25 micron size).

Although there is no clear explanation or history, critical cleanroom regulatory guidance are different in the US and the European Union (EU). Requirements for cleanrooms are among the most critical issues of Good Manufacturing Practices (GMPs), but differences between expert opinions among regulators in the US and EU are responsible for this difference, creating confusion and misunderstandings.  In the US the concentration is on 0.5 micron particles but in Europe the requirement was to measure at both 0.5 and 5 micron particle sizes.

The new Annex 1 is now the combined result of a joint effort of the EMA and PIC/s through an IWG (Inspectors Working Group). Both the FDA and the EMA are members of PIC/s and even though we have 2 documents for legal reasons, the new Annex 1 content is identical.  This has now offered a common approach and will at least provide a common document, even if there nearly 4 times the number of pages and clauses involved.  The 2008 version had 16 pages vs nearly 60 pages in the new guidance.

The most important and positive change is that the new Annex 1 now clearly differentiates between Classification and Monitoring and deals with the “5 Micron” number issue, of sorts.

The all important reference standard for GMP cleanrooms is the ISO 14644 family of “dashes”.   The latest update from 2015 also clearly differentiates between Classification and Monitoring.  The -1 deals with Classification and the -2 deals exclusively with routine monitoring, or confidence that we are still in a state of control.

Of particular importance is that the scientific working group, WG1 in ISO/TC 209 spent a few years arguing over how best to use statistics and the attendant challenge of measuring small numbers of 5 micron particles, along with the accuracy and scientific value of using it for classification.  At the end of this scientific process it was deliberately excluded from the ISO 5 Classification.

The ISO 14644-1 standard removed small numbers from the table and the original “29” number among them for ISO 5. The reason is given in the notes, and in particular e) as:

“Sample collection limitations for both particle sizes in low concentrations and sizes greater than 1 micron make classification at this particle inappropriate, due to potential losses in the sampling system.”

We note that while the original “29” limit from the 1999 version is removed from table 1 in ISO 14644-1:2015 this is only for classification. The same stringent and absolute requirements for classification do not apply in monitoring in accordance with ISO 14644-2 during EM, as per Clause 9.15 (Table 5).   This is because we are looking at trends and changes that may indicate adverse microbiological contamination, thus affecting product quality and ultimately patient safety.

Annex 1 has a belt and braces approach as it requires continuous monitoring at Grade A and preferably Grade B in the “At Rest” condition, equivalent to ISO 5.  If we look up Clause 5.9 we see how airborne particle should be used, with little differentiation on the application.

Clause 9.30 and Table 5 gives the guidance on monitoring, where we should reference ISO 14644-2:2015, Routine Monitoring by airborne particles.  The emphasis in -2 is all about trends so Annex 1 and Table 5 give the best available limits, and derive these from the original 1999 version, which is based on a logarithmic scale, not unreasonable.

For reference, Clause 4.27 and Table 1 deals with Classification and Clause 9.15 and Table 5 deal with monitoring, by total airborne particles.

We should certainly not ignore 5 micron particles. Rather, we should use the learning from baseline data, captured during classification and qualification to understand the process and apply ISO 14644 in a more intelligent and scientific manner.

It is also worth looking at Note 2 in Clause 9.15 under MONITORING, which says:

Note 2: The occasional indication of macro particle counts, especially ≥ 5 μm, within grade A may be considered to be false counts due to electronic noise, stray light, coincidence loss etc. However, consecutive or regular counting of low levels may be indicative of a possible contamination event and should be investigated. Such events may indicate early failure of the room air supply filtration system, equipment failure, or may also be diagnostic of poor practices during machine set-up and routine operation.

So, back to subject of good science how to address the 5 micron particle size and greater, during classification 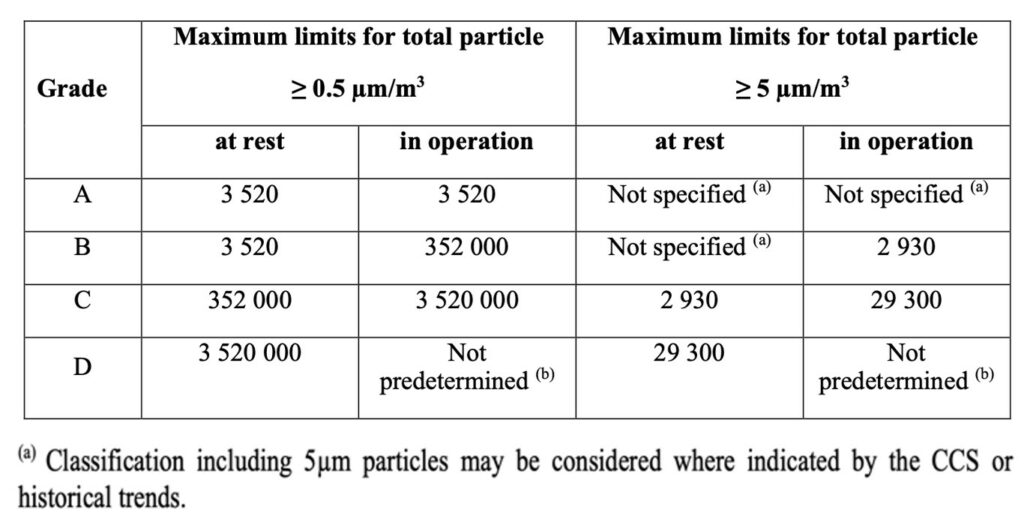 Unfortunately, this note (a) gives an unnecessary “OUT”, without any real scientific justification.

Here is the good science:

The ISO/TC 209 based scientific guidance is that 5 micron particle size measurements should NOT be used for formal classification at ISO 5.

HOWEVER, we should not ignore the 5 micron particle size during classification.

We should use the information in an appropriate way during a classification exercise, both At Rest and in Simulated Operations.

WHY? Because the 5 micron particle size is required for measurement and assessment during real-time monitoring AND continuously for ISO 5 and Grade A.

THEREFORE, the 5 micron data, both At Rest and in Simulated Operations should be recorded for Information purposes, as an Observation

In summary best practice and recommended guidance to meet the requirements of Clause 4.27 is as follows: 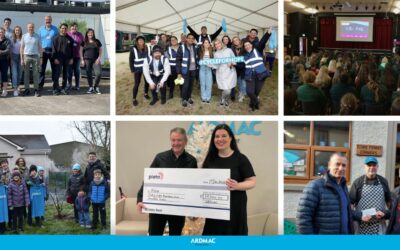 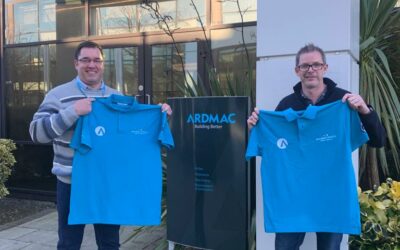 Ardmac continue to expand into the global market 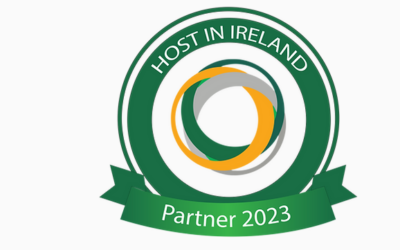